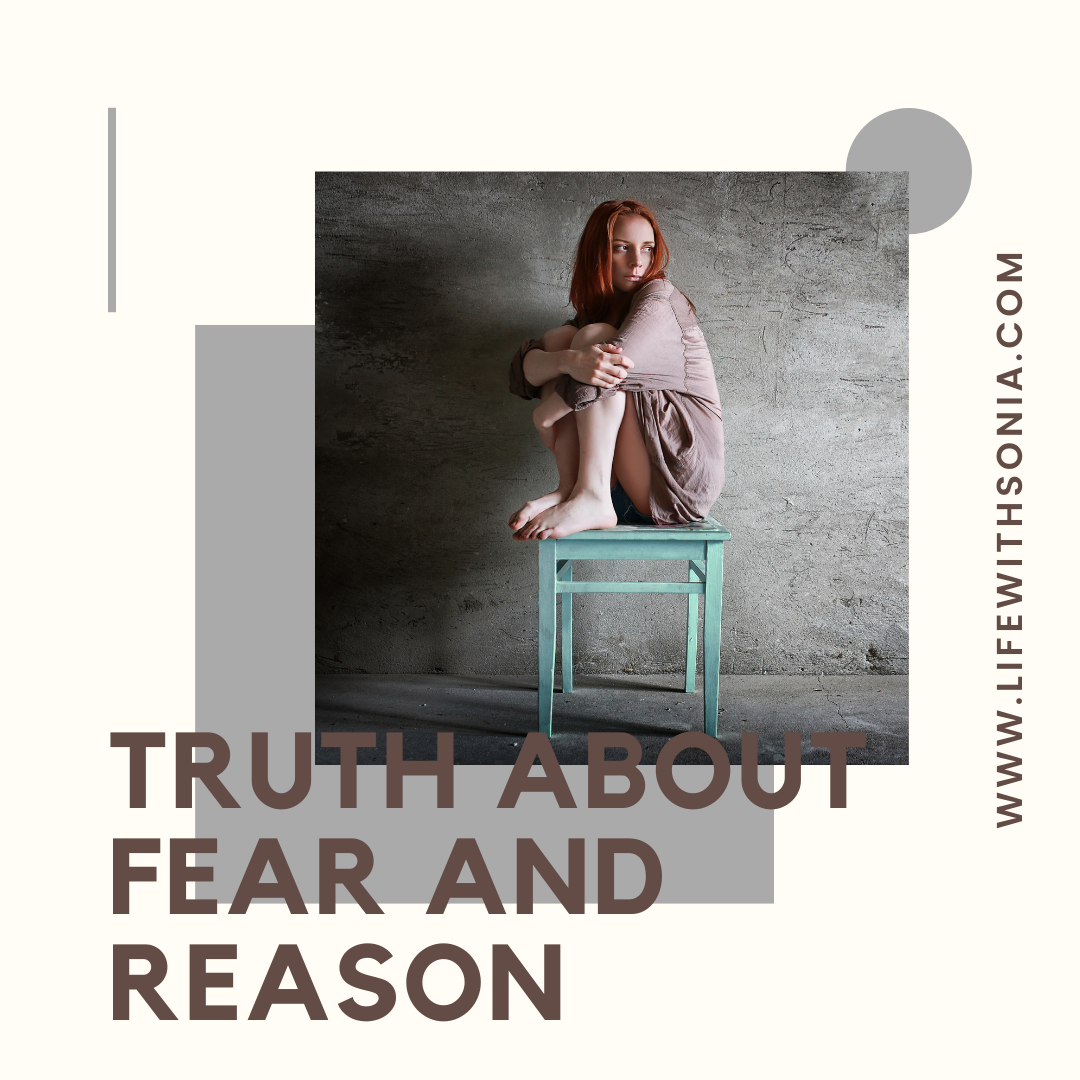 Truth About Fear and Reason. Hey everyone, I hope you are all well. In today’s post, I will be sharing the truth about Fear and Reason. We all have a fear of something and to be honest, the world right now in living in fear. However, I feel it is important to try to see a light at the end of the tunnel and not let fear get to you. At the end of the day, we till have dreams to achieve.

Truth About Fear and Reason

We have all heard the seemingly discriminating remarks that fear is normal and abnormal, and that normal fear is to be regarded as a friend, while abnormal fear should be destroyed as an enemy.

The fact is that no so-called normal fear can be named which has not been absent in some people who have had every cause therefor. If you will run over human history in your mind, or look about yea in the present life. You will find here and there persons who, in situations or before objects which ought, as any fearful soul will insist, to inspire the feeling of at least normal self-protecting fear, are nevertheless wholly without the feeling.

In civilized life, it has, at last, become possible for large numbers of people to pass from the cradle to the grave without ever having had a pang of genuine fear. Many of us need an attack of mental disease to teach us the meaning of the word.

They possess every feeling and thought demanded except fear. The idea of self-preservation is as strongly present as with the most abjectly timid or terrified, but fear they do not know.

This fearless awareness of fear suggesting conditions may be due to several causes.

It may result from constitutional make-up, or long-continued training or habituation, or religious ecstasy, or from a perfectly calm sense of spiritual selfhood which is unhurtable, or from the action of very exalted reason.

Whatever the explanation, the fact remains the very causes which excite fear in most of us, merely appeal, with such people, if at all. To the instinct of self-preservation and to reason, the thought-element of the soul which makes for personal peace and wholeness.

It is on such considerations that I have come to hold that all real fear-feeling should and may be banished from our lives and that what we call “normal fear” should be substituted in our language by “instinct” or by “reason,” the element of fear being dropped altogether.

The mental representations may be very faint as such, but the idea of hurt to self is surely present. If, then, it can be profoundly believed that the real self cannot be hurt; if the reason can be brought to consider vividly and believingly all quieting considerations.

The self can be held consciously in the assurance that the White Life surrounds the true self, and is surely within that self, and will suffer “no evil to come nigh,” while all the instincts of self-preservation may be perfectly active, fear itself must be removed “as far as the east is from the west.”

These are the ways, then, in which any occasion for fear may be divided,

As a warning and as a maker of panic. But let us say that the warning should be understood as given to reason, that fear need not appear at all and that the panic is perfectly useless pain. With these discriminations in mind, we may now go on to a preliminary study of fear.

A preliminary study of fear

Fear, as it exists in man, is make-believe of sanity, a creature of the imagination, a state of insanity.

The division depends upon the point of view. What is commonly called normal fear should give place to reason, using the word to cover instinct as well as thought. From the correct point of view, all fear is evil so long as entertained.

Whatever its manifestations, wherever its apparent location, fear is a psychic state, of course, reacting upon the individual in several ways:

The reaction has always a good intention, meaning, in each case, “Take care! Danger!” You will see that this is so if you will look for a moment at three comprehensive kinds of fear fear of self, fear for self, fear for others. Fear of self is indirectly fear for self danger. And Fear for others signifies fore-sensed or fore-pictured distress to self because of anticipated misfortune to others.

Fear, then, is usually regarded as the soul’s danger signal. But the true signal is an instinctive and thoughtful reason.

Even instinct and reason, acting as a warning, may perform their duty abnormally, or assume abnormal proportions. And then we have the feeling of fear. The normal warning is induced by actual danger apprehended by mind in a state of balance and self-control. The normal mind is always capable of such warning. There are but two ways in which so-called normal fear, acting in the guise of reason, maybe annihilated: by the substitution of reason for fear, and by the assurance of the white life.

Let it be understood, now, that by normal fear is here meant normal reason real fear being denied place and function altogether. Then we may say that such action of reason is a benefactor to man. It is, with pain and weariness, the philanthropy of the nature of things within us.

One person said: “Tired? No such word in my house!” Now, this cannot be a sound and healthy attitude. Weariness, at a certain stage of the effort, is a signal to stop work. When one becomes so absorbed in labour as to lose consciousness of the feeling of weariness, he has issued a “hurry call” on death.

I do not deny that the soul may cultivate a sublime sense of buoyancy and power; rather do I urge you to seek that beautiful condition; but I hold that when a belief or a hallucination refuses to permit you to hear the warning of nerves and muscles, Nature will work disaster inevitably.

I hold this to be true wisdom: to take advantage of everything which promises good to the self, without regard to this or that theory, and free to use all things, material or immaterial, reasonable or spiritual. I embrace your science or your method, but I beg to ignore your bondage to philosophy or consistency. So I say that to normal health the weary-sense is a rational command to replenish exhausted nerves and muscles.

It is not liberty, it is not healthful, to declare, “There is no pain!” Pain does exist, whatever you affirm, and your affirmation that it does not is proof that it does exist. For why (and how) declare the non-existence of that which is non-existent? But if you say, “As a matter of fact I have pain, but I am earnestly striving to ignore it and to cultivate thought-health so that the cause of the pain may be removed,”. That is sane and beautiful.

This is the commendable attitude of the Bible character who cried: “Lord, I believe; help thou mine unbelief.” To undertake to swamp pain with a cloud of psychological fog that is to turn anarchist against the good government of Nature.

By pain, Nature informs the individual that he is somewhere out of order. This warning is normal. The feeling becomes abnormal in the mind when imagination twangs the nerves with reiterated irritation, and Will, confused by the discord and the psychic chaos, cowers and shivers with fear.

I do not say there is no such thing as fear.

But it exists in your life by your permission only, not because it is needful as a warning against “evil.”

Fear is induced by unduly magnifying actual danger, or by conjuring up fictitious dangers through excessive and misdirected psychical reactions. This also may be taken as a signal of danger, but it is a falsely-intentioned witness. For it is not needed, is hostile to the individual because it threatens self-control and it absorbs life’s forces. In useless and destructive work when they ought to be engaged in creating values.

Impossible Is Just A Word 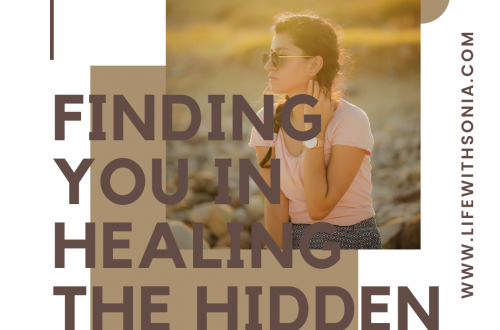 Finding You in Healing the Hidden Self 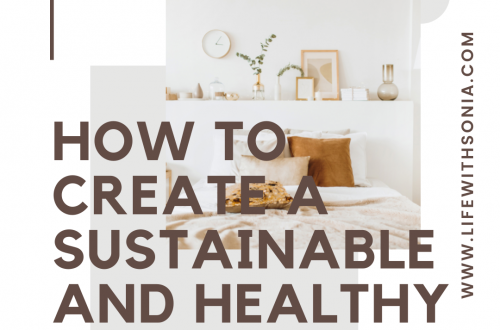 How To Create A Sustainable And Healthy Bedroom 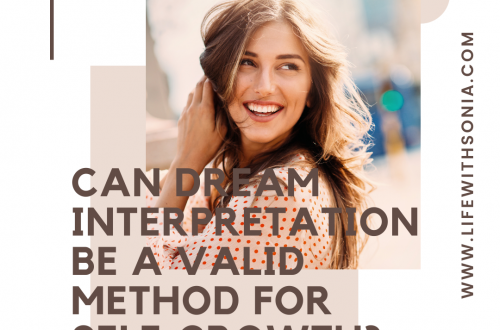 Can Dream Interpretation Be A Valid Method For Self-Growth? 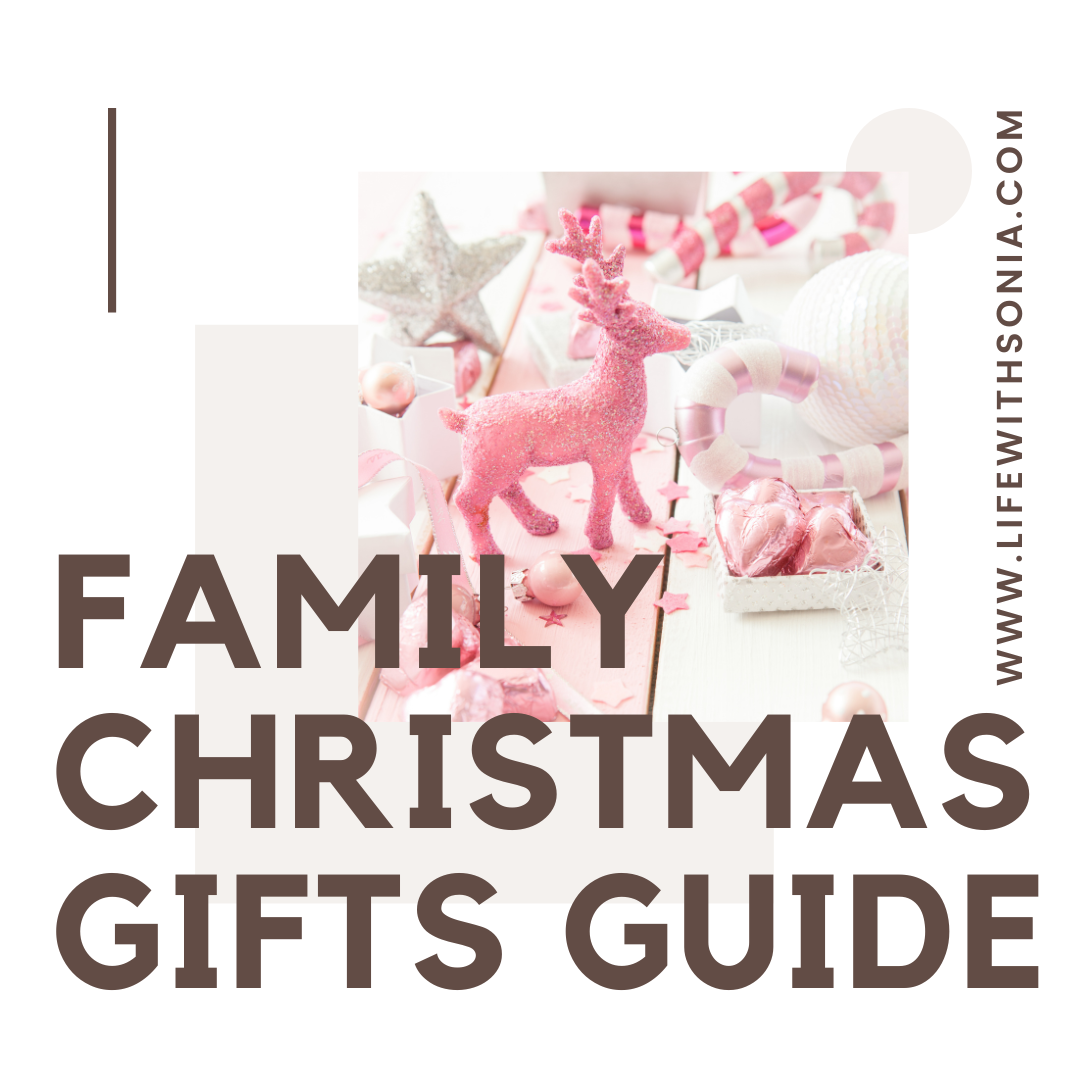 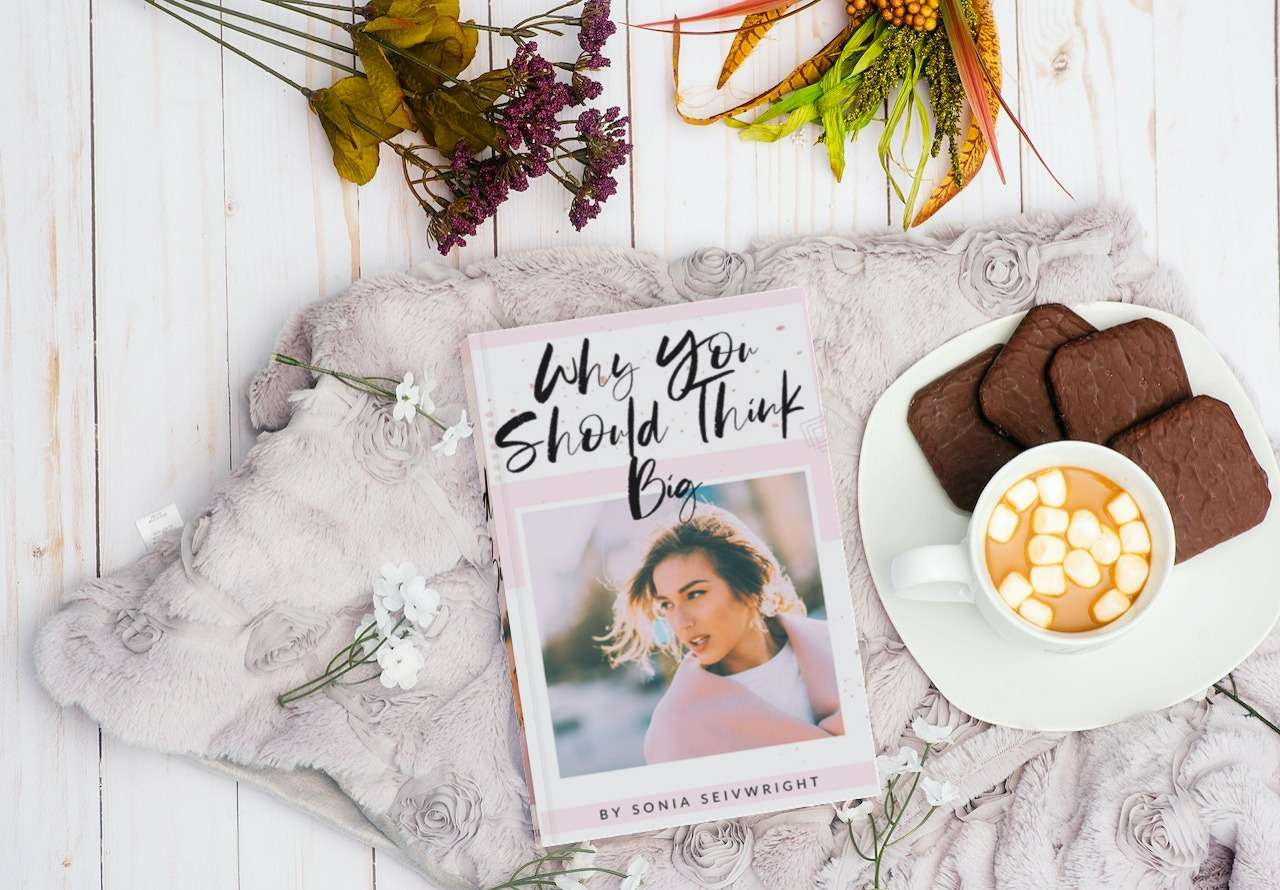 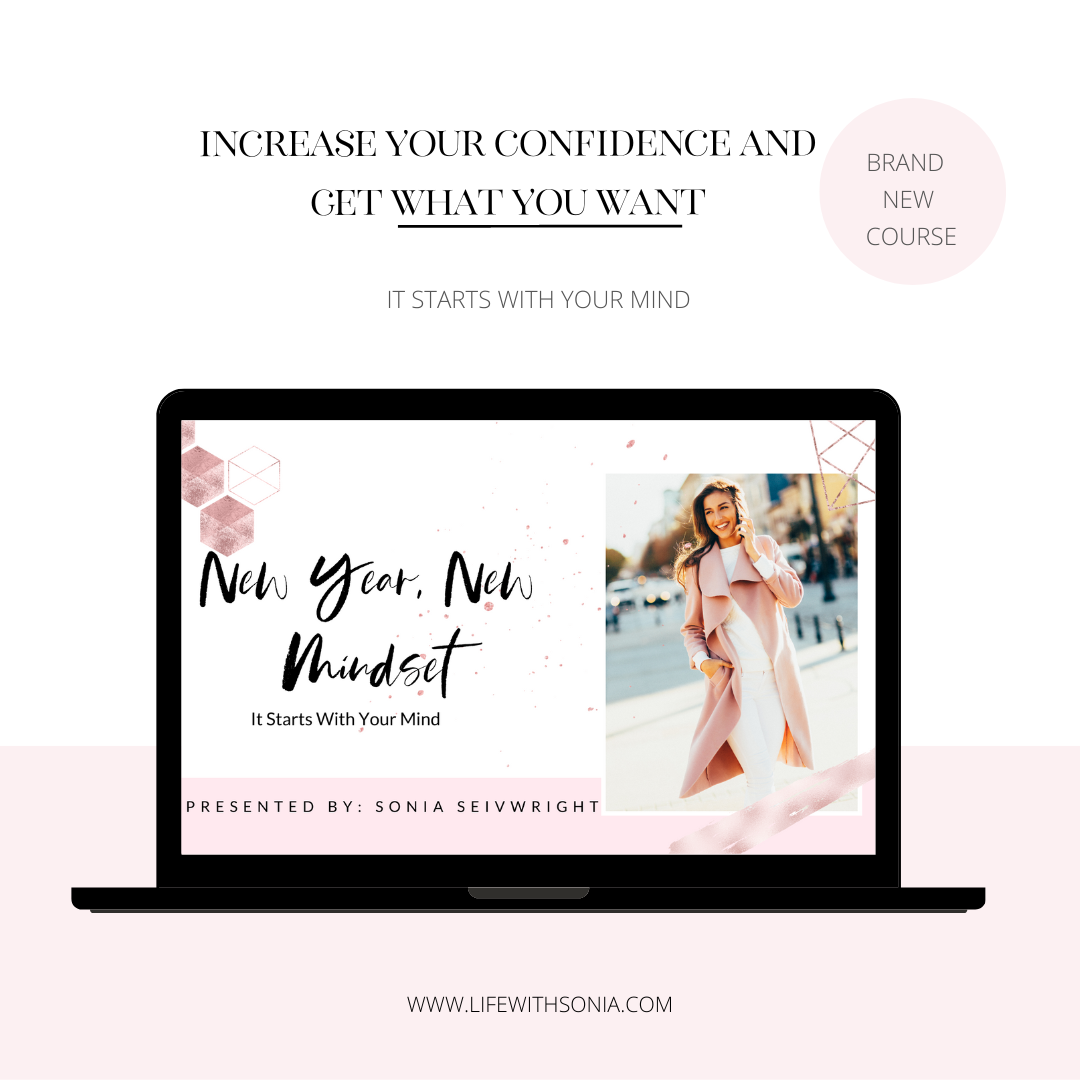