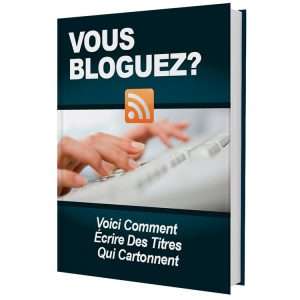 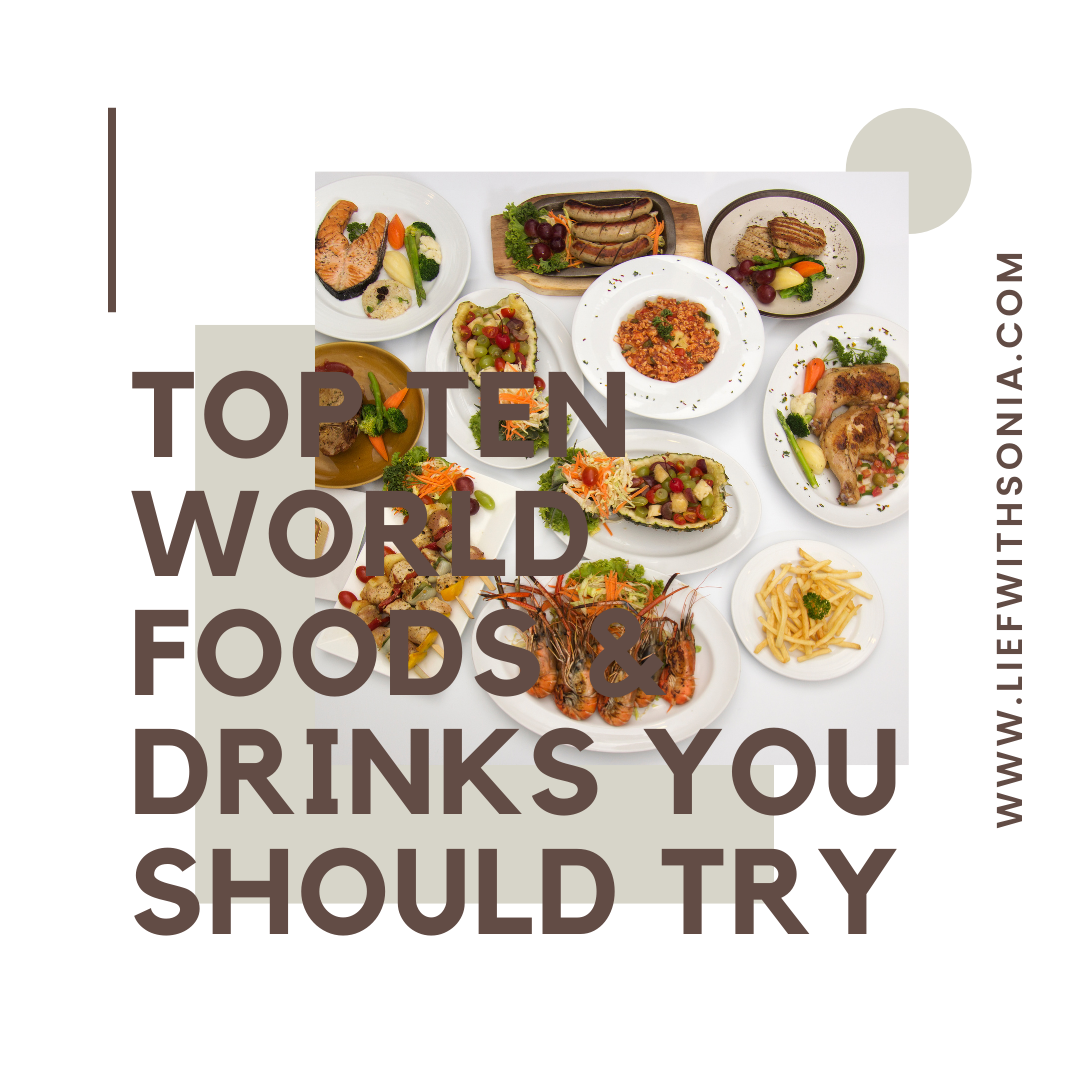 Top Ten World Food & Drinks You Should Try. Hello everyone, I hope you are well. In today’s post, I will be sharing a guest post from food expert Erik Wolf, MA, CCTP, MCTP, of the World Food Travel Association. Erik will be sharing Top Ten World Food & Drinks You Should Try. When we think about travelling for food, it is always the popular dishes that come to mind first – dan dan noodles in Vietnam, pizza or pasta in Italy, fish and chips in the UK, and so on. Yet, there are so many great foods that are still largely unknown.

If you want to consider yourself a gastronaut, you need to walk by the ubiquitous burger and fried chicken franchises and find the local cuisine on your next trip abroad. But don’t go for the obvious choices: pasta in Italy, fish and chips in the UK, and so on. There are so many great foods that are still largely unknown. Here are a few of my favourites from around the world. See how many you know and have tried. Award yourself 10 points for each of the ten below. If you score 70 points or higher, then you are a confirmed astronaut! 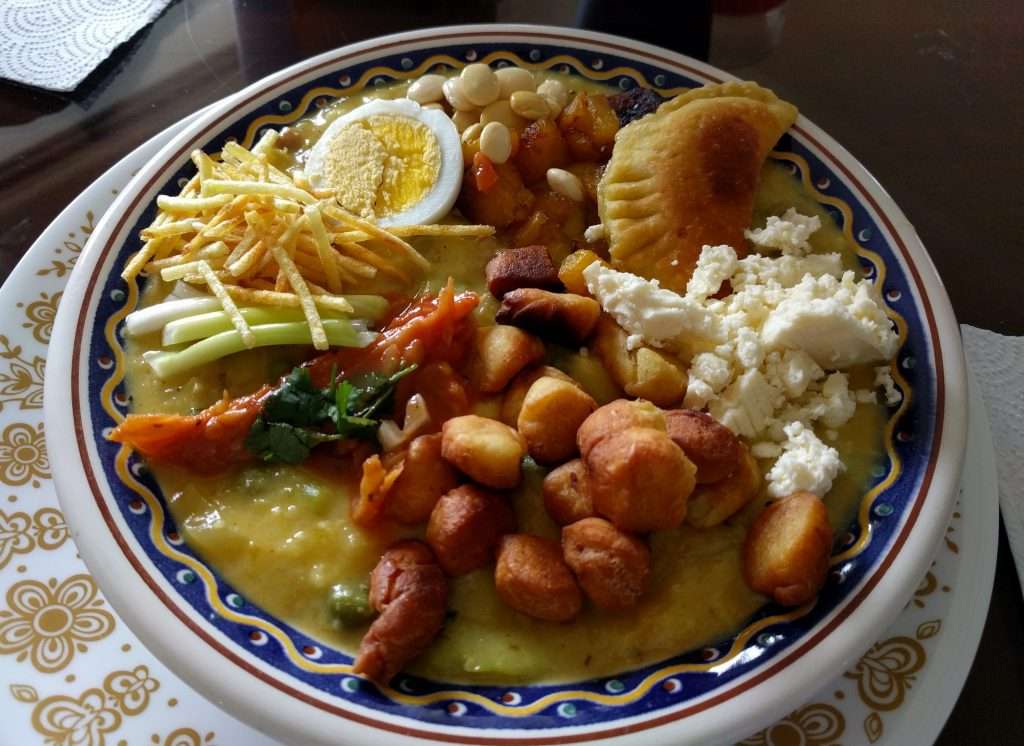 Fanesca is an Ecuadorian soup served at Easter. If you are in North America or the UK, you might call it fish and bean chowder. And a soup that tastes this good has to have a little cream in it. The flavour is heavenly. Hot tip: find a version that has potatoes in it. There are more than 700 different types of potatoes in this world of hidden foods, and I guarantee if they use it in this soup, the kind of potato will be entirely new to you. Think buttery. Arrive hungrily. 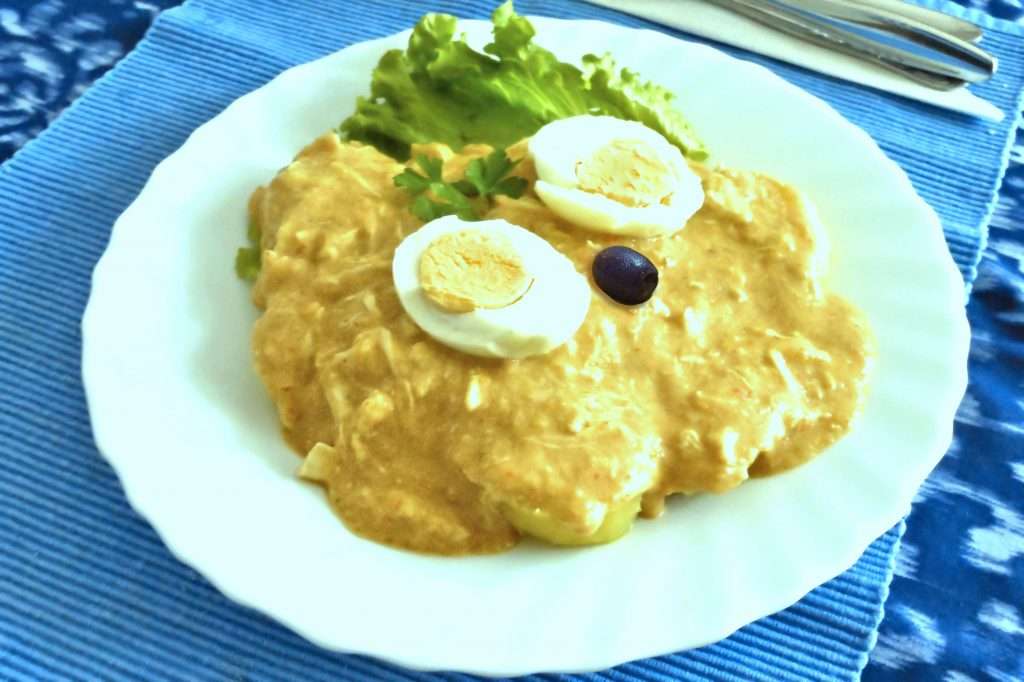 This is a chicken dish made with yellow chillies, turmeric, white bread, walnuts, egg, and the hard-to-find Peruvian black olives, which I think are probably the best in the world. I’ve only ever had versions of this dish that I liked in Peru. Attempts to create it elsewhere have unfortunately always failed, even with Peruvian chefs. There is just something about replicating the recipe with ingredients outside of Peru – it just doesn’t work. To try the real thing, you must travel to Peru.

I enjoyed this dish with colleagues in Daegu during one of my many trips to this country of friendly people. I do not speak Korean, and my colleagues did not speak much English. Nevertheless, we were able to communicate simply with food. This dish was brought out, and I have to say, I made a bit of a pig of myself, but it was so delicious! Flavourful tuna lightly seared, then dipped with the famous Korean metal chopsticks, into Korean toasted sesame oil. They kept bringing out more dishes, and I am embarrassed to say that I ate every last bite! 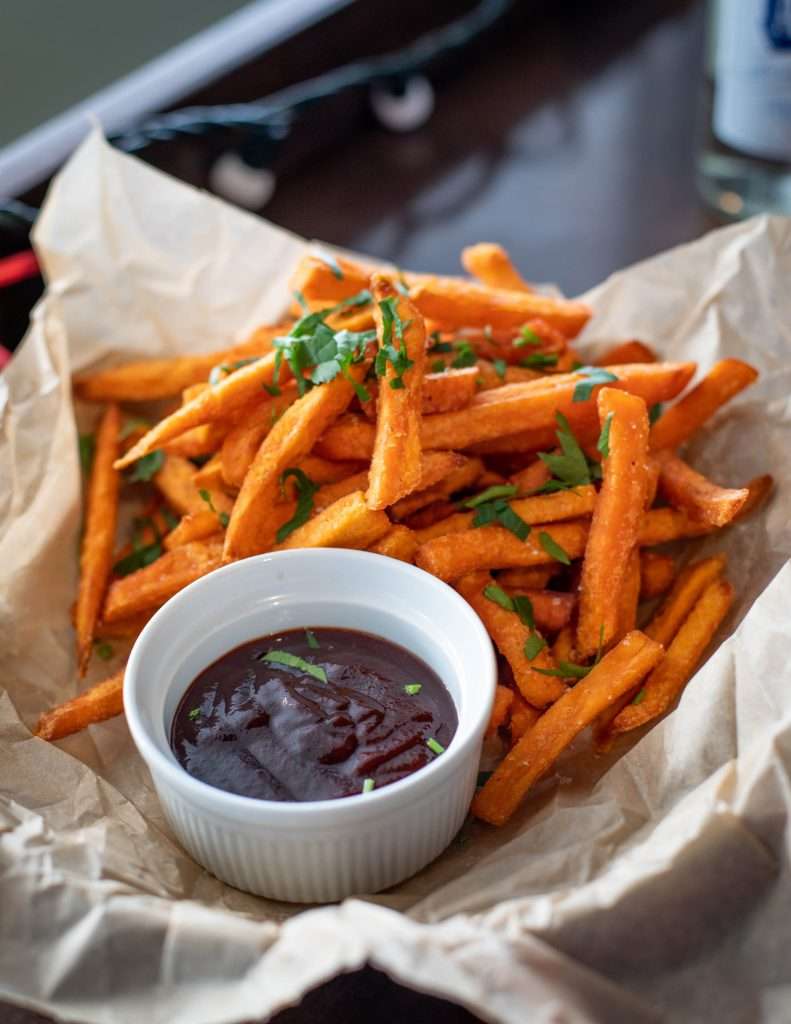 If you like sweet potato fries, then kumara fries will be no stranger to you. Kumara is a kind of sweet potato. Add oil and fry. Sprinkle with salt, and voila! No magic there. But what makes them so tasty is that vegetables in New Zealand taste really, really good. Whether it is the terroir or the use of primarily organic growing practices, you have not had sweet potato fries like these. And bonus. Did you know that kumaras are related to the morning glory flower? Some cultivars of the same plant grow the flowers ornamentally. Tasty and beautiful. 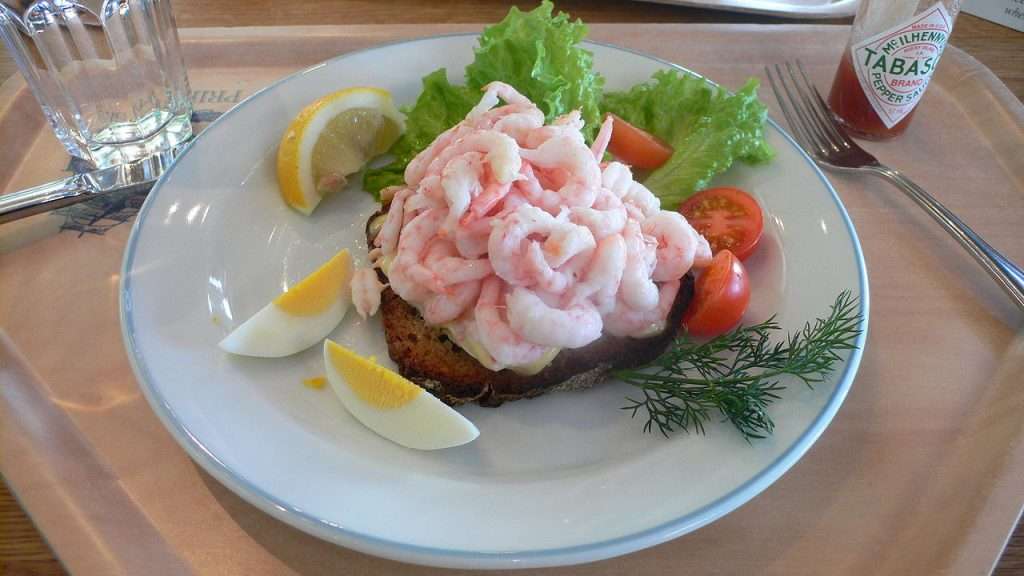 Sweden is perhaps best known for meatballs with lingonberries—thanks mainly to the influence of furniture brand IKEA in helping to promote Swedish foods—yet I have always preferred Sweden’s open-faced shrimp sandwich. Small shrimps in mayonnaise on usually buttered rye bread, dill, of course, and garnish. The nice thing about these sandwiches is that they are laden with shrimp. Not just a couple, but a heaping mound. Skip the meatballs. Shrimp lovers enjoy! 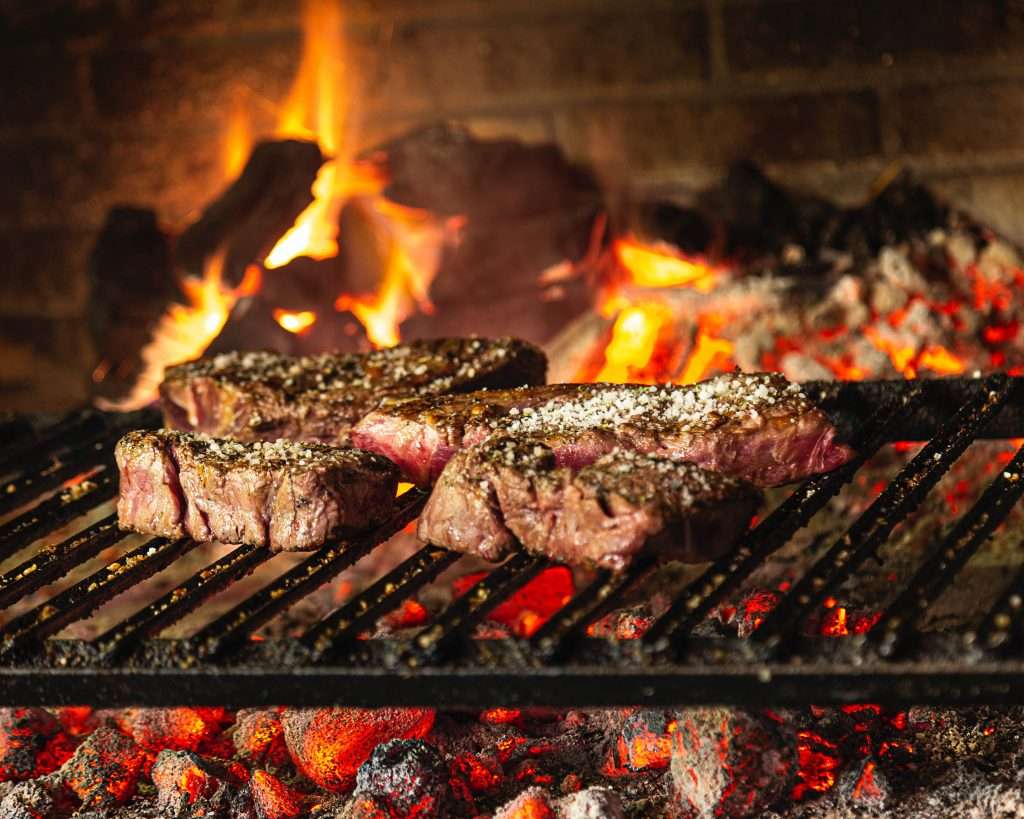 Since I lived in South Africa, when I regularly enjoyed kudu steak, I have reduced my meat consumption drastically. Still, the kudu was a fantastic piece of meat that I remember to this day. Think filet mignon with absolutely no fat on it, and you’ll get the idea—a lovely meat flavour and not gamey at all. Serve with a South African pinotage reduction, and you will be one happy customer. 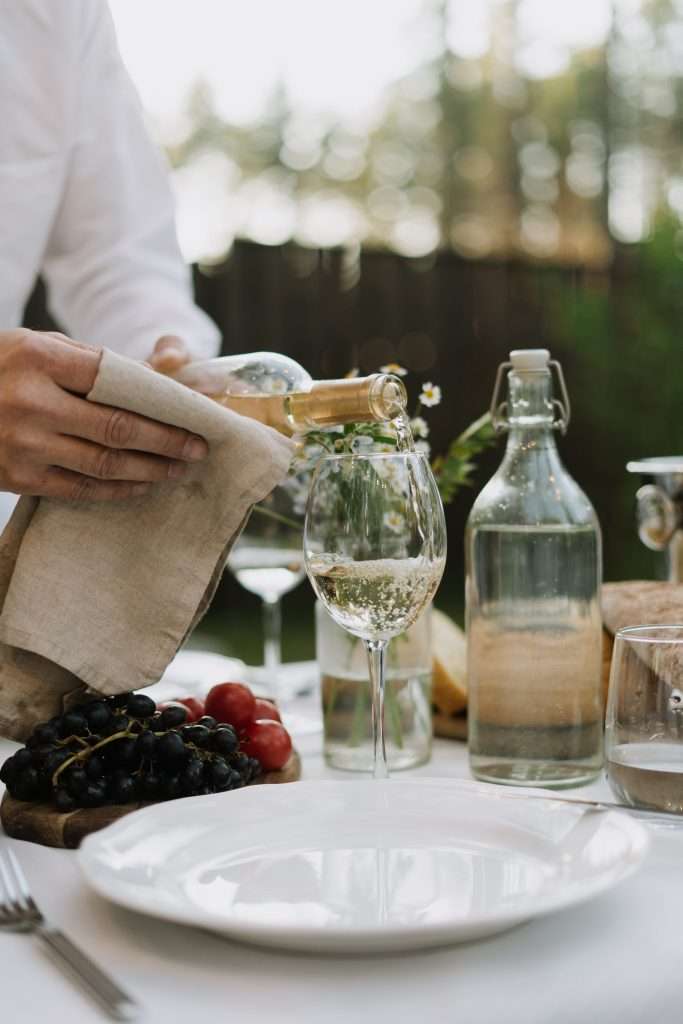 Txakoli is a lightly effervescent white wine from the Basque Country. Its high acidity and low alcohol content make it light and refreshing and a stunning accompaniment to many meals. Of course, the Basque Country is world-renowned for its food. I love to go hopping between the various pintxos bars in San Sebastian, usually with a glass of Tinto (red wine) or some nights drinking just txakoli. And for real fun, to say “Cheers” in Basque Country, they use the word “Txotx!” So, you can say Txotx with your Txakoli. Txotx is used when drinking Basque cider, but as an outsider, the Basque will appreciate your enthusiasm to wrestle with their admittedly difficult language even if you use the term for the wrong beverage. I love the Basque region, language and people. 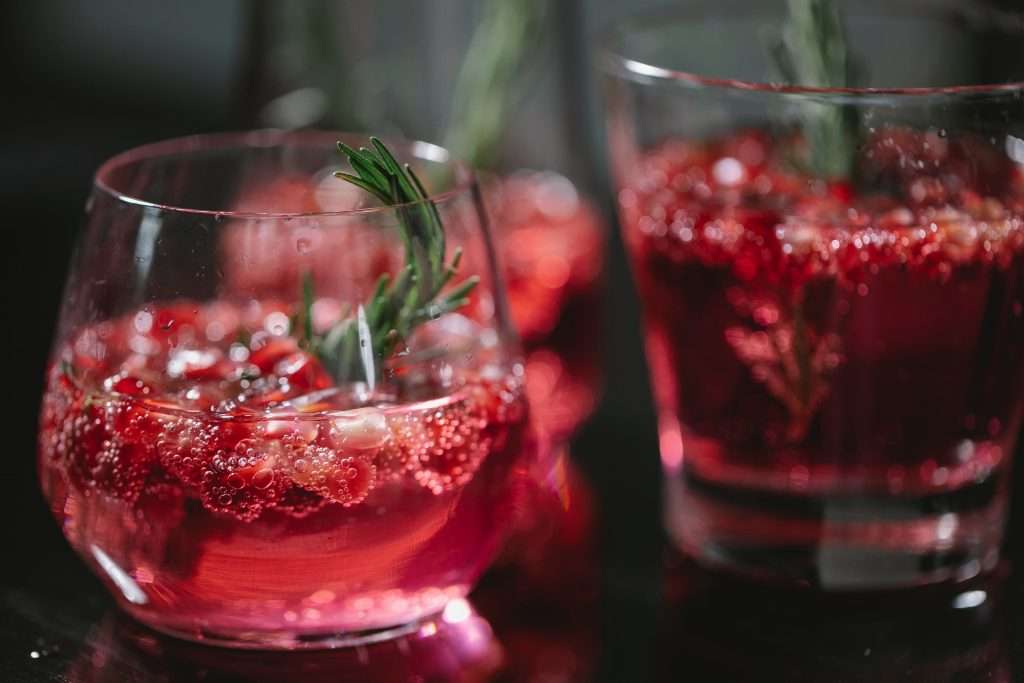 When I was younger and lived in Denmark, I had the opportunity to visit Finland, where I discovered these amazingly flavourful cordial beverages. I remembered explicitly the Lapponia brand (now owned by Pernod Ricard), with their cloudberry, gooseberry and lingonberry flavours. If you want a choice, then try the cranberry, blueberry, sea buckthorn, and brambleberry flavours too. Yes, they are sweet, but the flavours pack an incredible punch in your mouth! And yes, they use natural fruit—a great gift to bring back home. 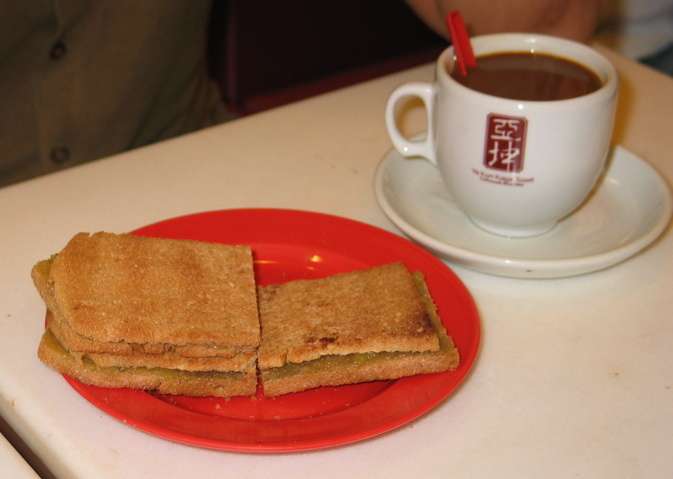 You can find this throughout southeast Asia, but I was introduced to it when I lived in Singapore. Served at breakfast, you order a coffee with condensed milk (Vietnamese-style) and the toast with the kaya is served on top of the coffee. In true stroopwafel fashion, the heat from the coffee melts the kaya or coconut egg jam. It is kind of like a coconut cream spread. Breakfast and dessert all at once – clever! 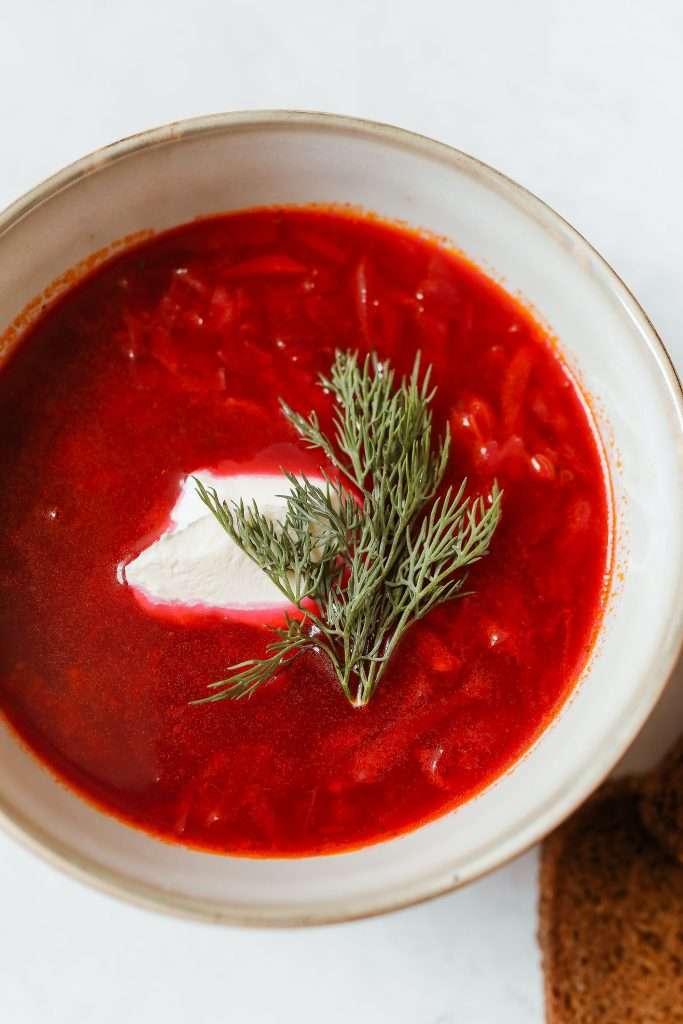 You’ve heard of borscht for sure. It is usually pretty thick and intensely beet-y. As much as I love soups, it is not generally on my list of favourites, so I became defensive when I was in Poland, and this soup was served to me. Then at the prompting of my local contacts, they suggested I try it. It was more like a borscht broth, and it was terrific. Not thick and overpowering, but with a delicate beet flavour. It was delicious. My local friends explained that it was in the Polish royal court that this lighter broth-style borscht was served. I could not stop thinking about how all my friends and family would never stop teasing me from now on since I had made it known that I had a distaste for the taste of beets.

So how did you do? Are you a gastronaut? If you love travelling the world for unique food and drink like me, join me on Instagram or Twitter. I’d love to see what you’re enjoying on your travels. 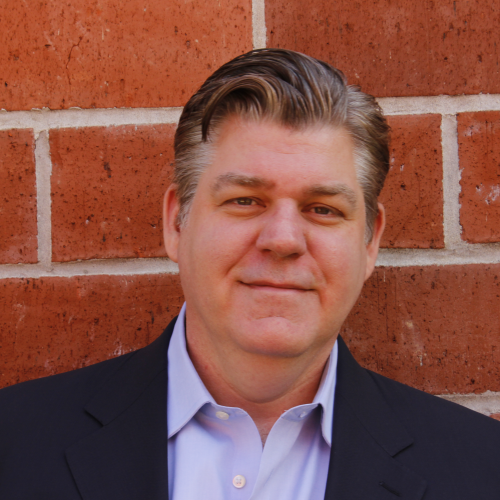 ERIK WOLF, MA, CCTP, MCTP is recognized as the founder of the modern food tourism industry and the World Food Travel Association. He is a highly-sought speaker, thought leader, strategist and consultant, in the US, UK  and abroad, on food and drink tourism issues, and has been featured in The New York Times, Newsweek and Forbes, and on CNN, Sky TV, the BBC, the Australian Broadcasting Corporation, PeterGreenberg.com, and other leading media outlets.

He advises leading global brands such as World Travel Market, Absolut, American Express, Disney, Marriott and Royal Caribbean, and organizations such as UNESCO and UNWTO. His articles, research and books have been translated into dozens of languages.

Tips For Controlling Your Eating Over Christmas 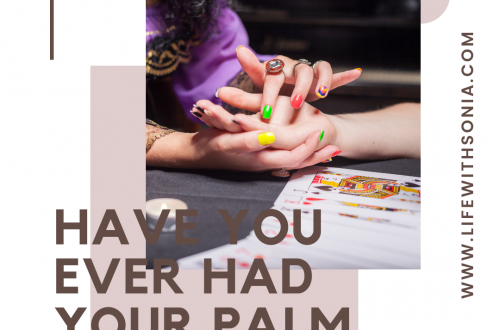 Have You Ever Had Your Palm Read? 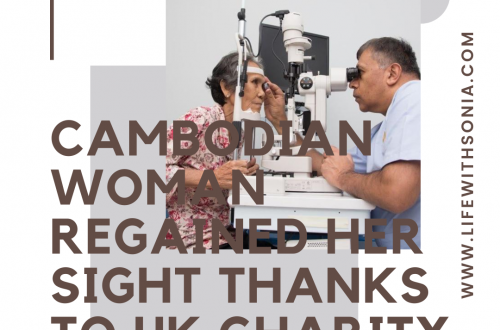 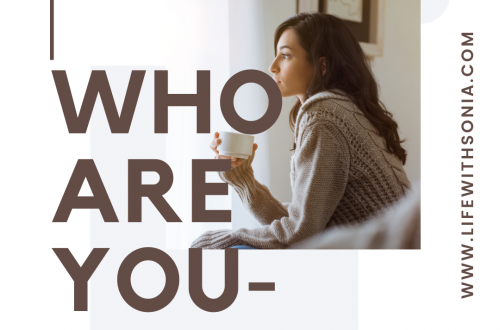 Who Are You – Really? 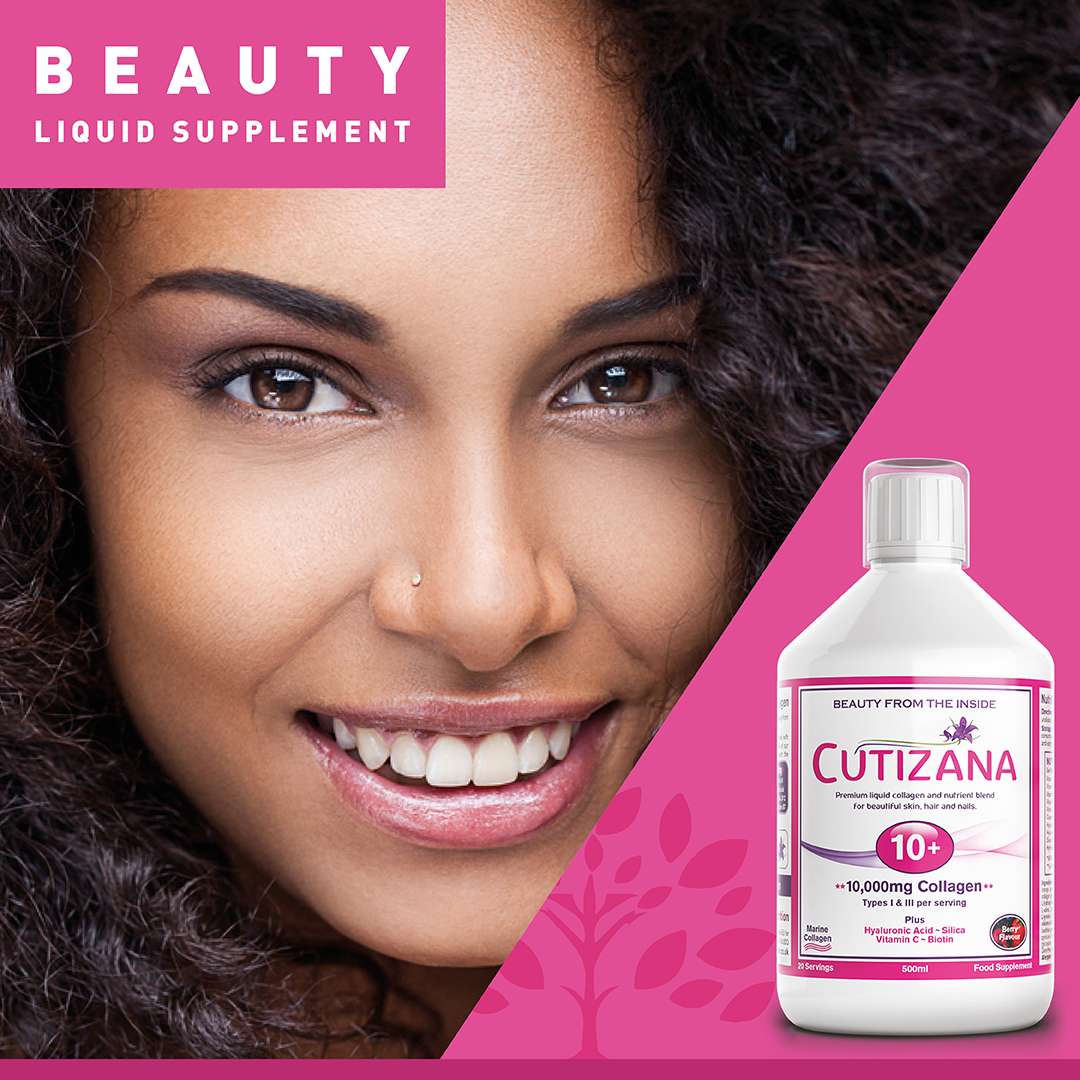 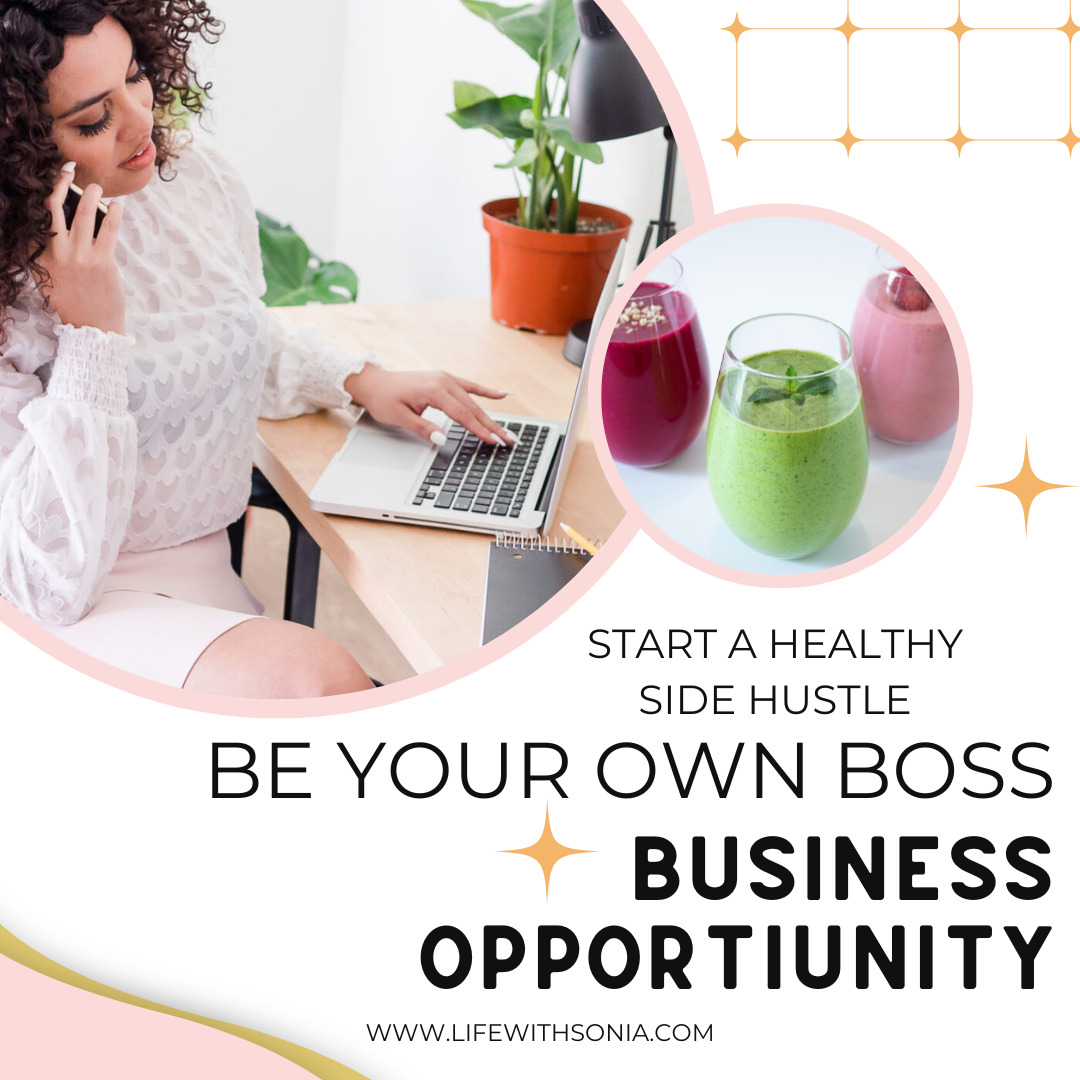 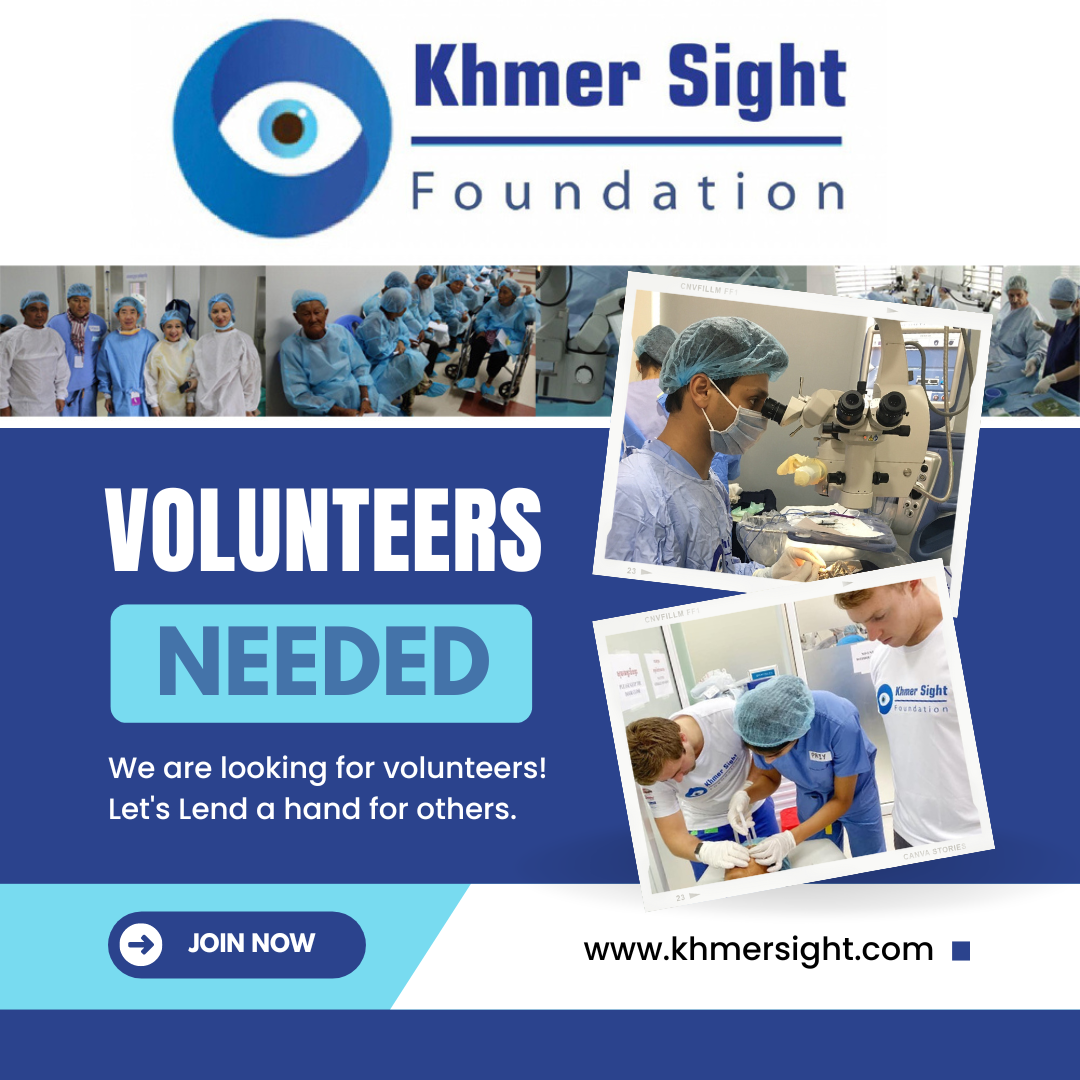 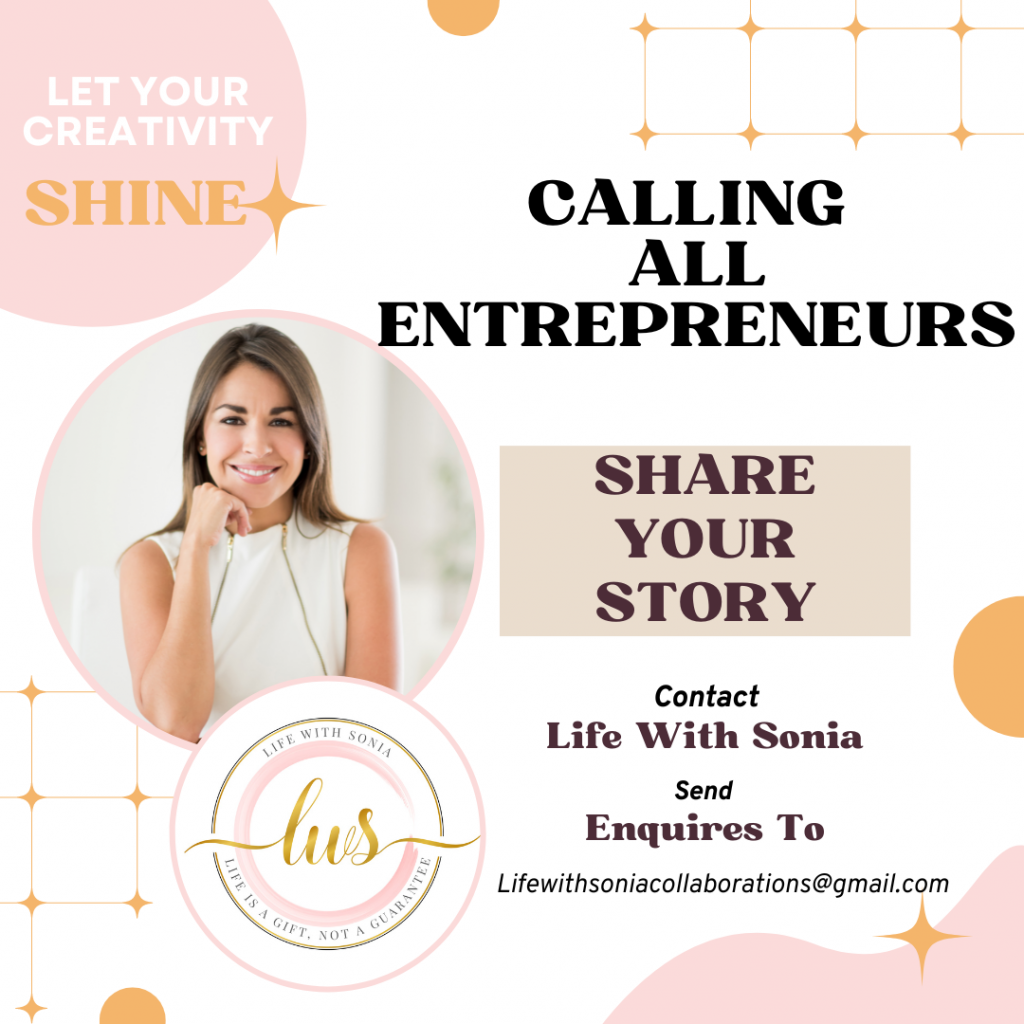 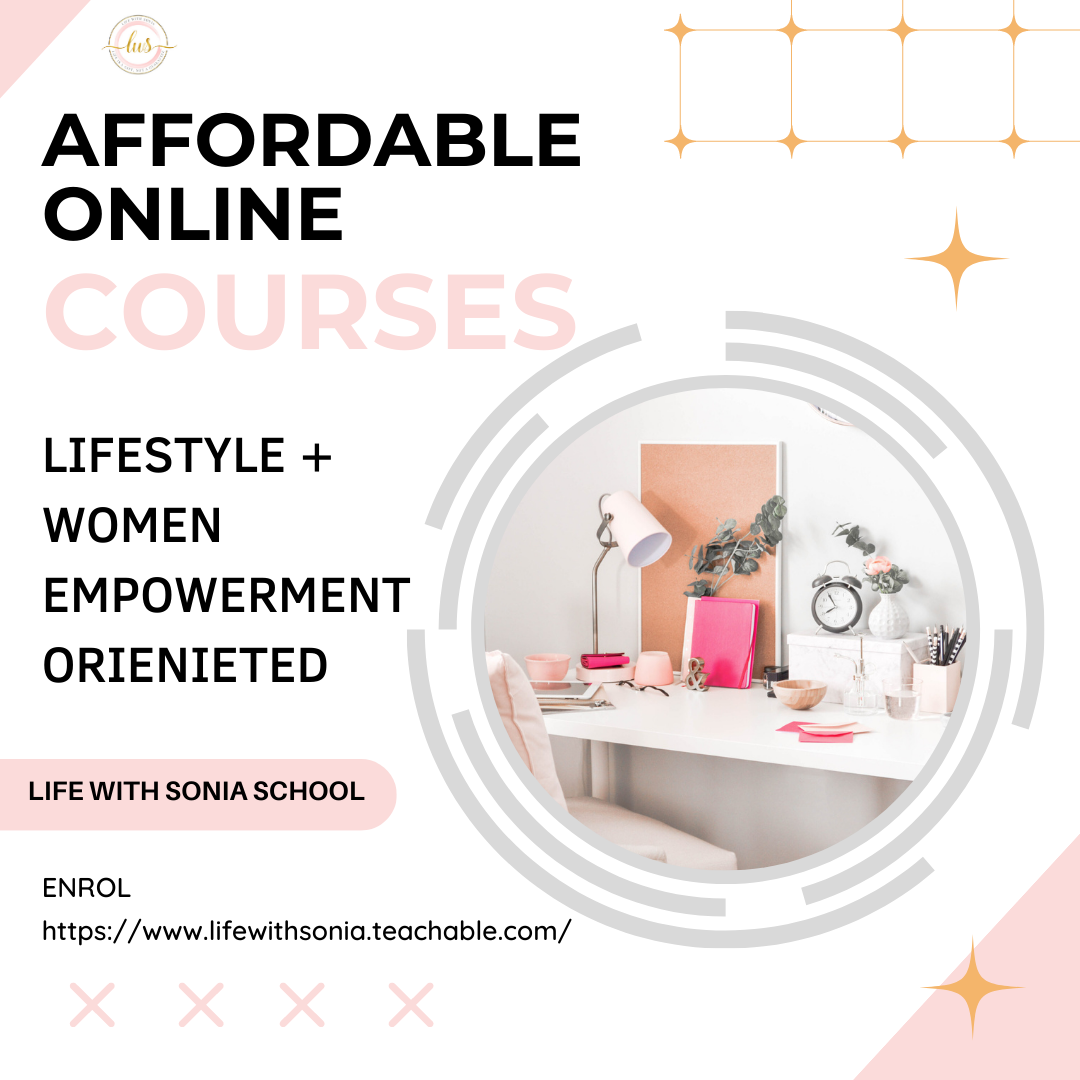 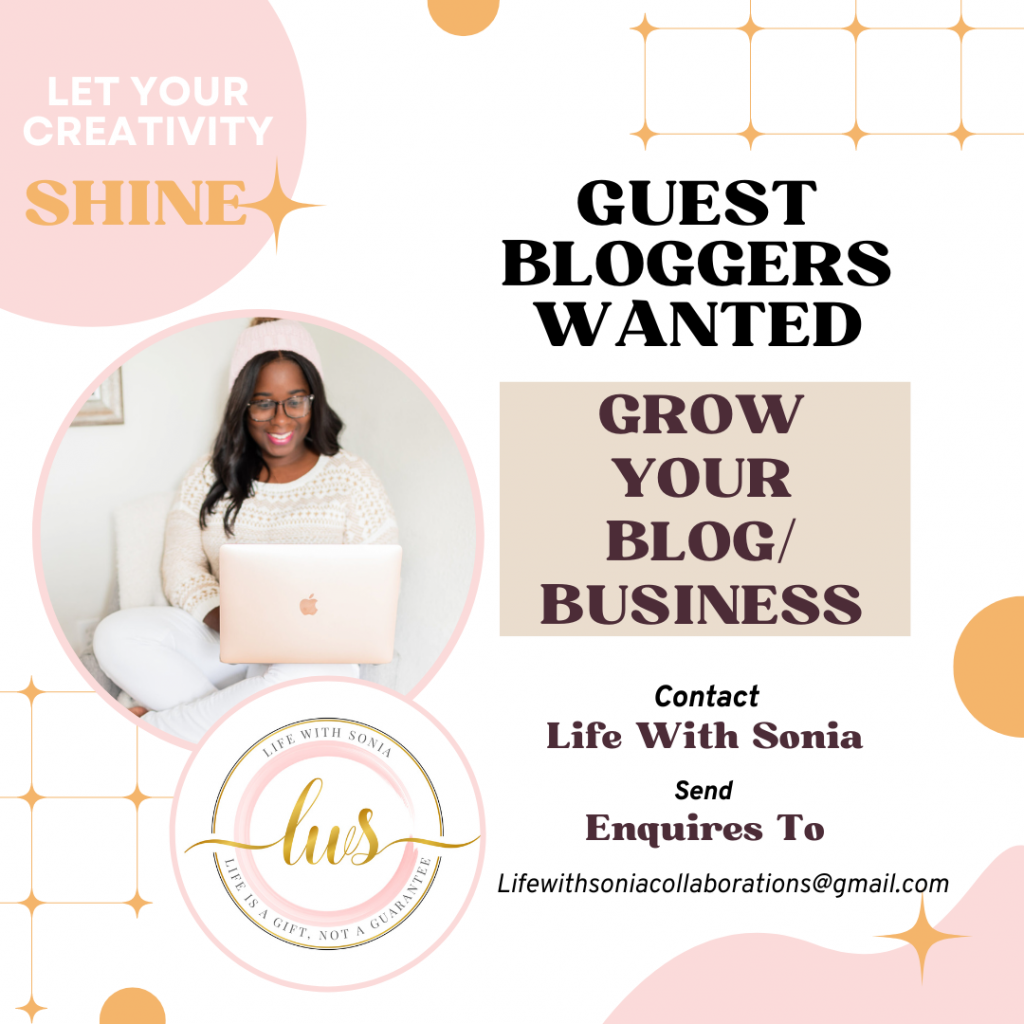